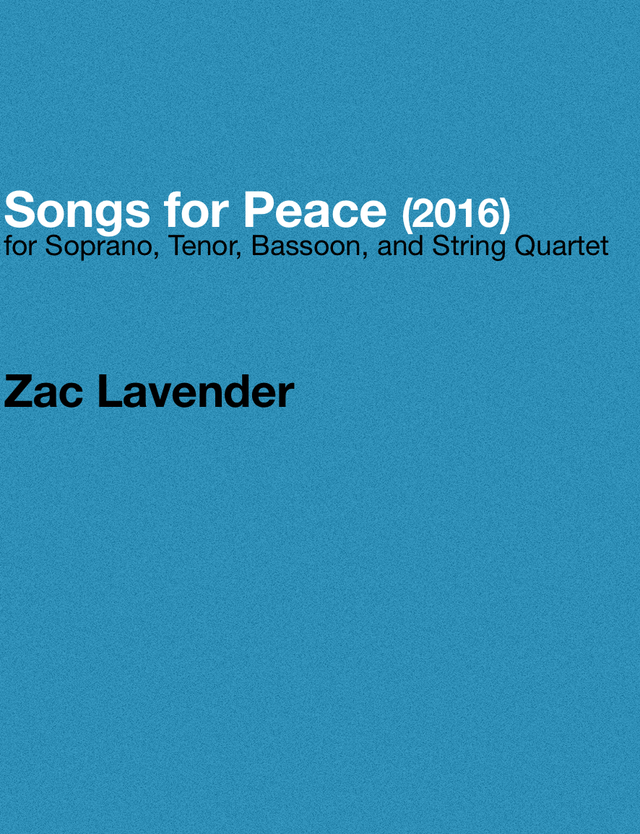 "Songs for Peace" is a song cycle in four movements that first premiered as part of the Live 45 Series at Spectrum in New York City. The work begins with a Schubert-meets-Pet Sounds fantasy piece sung by the tenor, followed by a duet that explores the evolution of the word peace from its Proto-Indo-European ancestry. The next movement, a soprano solo, uses the text of Mathematician David Hilbert to explain why we must pursue knowledge and shut out anti-intellectualism, while the finale, is a haunting setting of a Langston Hughes poem which decries, "how much longer must we wait for the world to become just?"